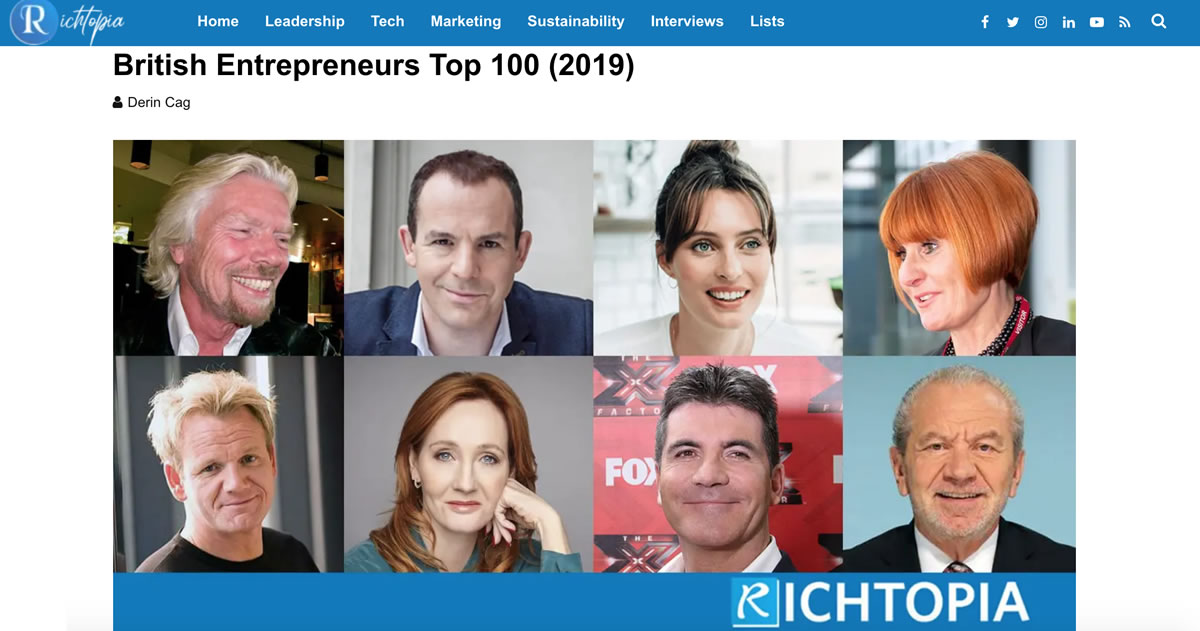 BRITISH ENTREPRENEURS TOP 100 From Richard Branson to J.K. Rowling, these are the most influential entrepreneurs in the UK by Derin Cag

https://richtopia.com/inspirational-people/100-influential-british-entrepreneurs-2019Our founder Lisa Goodchild has made it in the highly regarded Richtopia.

“Whether you’re a would-be entrepreneur or have spent decades being one. You could be worse-off than to read the short biographies of British entrepreneurs who have been through the journey before.”

“Our leaders’ list gets updated each year and is based exclusively on social influence, and unlike Forbes, not on net worth.”